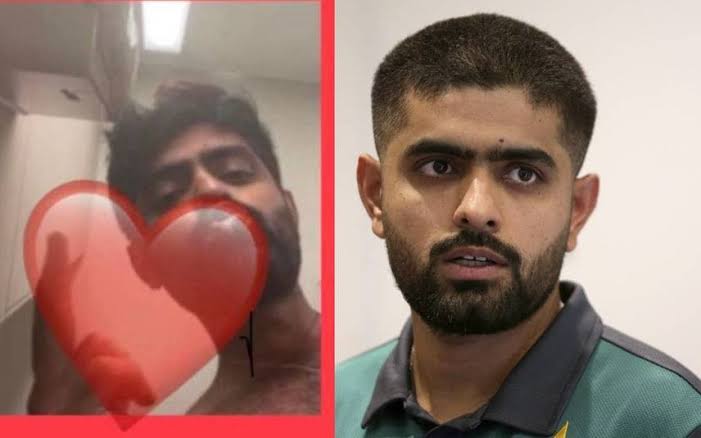 LAHORE: Pakistan captain Babar Azam has been trending on Twitter since Monday evening after an Instagram user alleged that the Pakistan skipper behaved inappropriately with her.

An Instagram user posted personal images and audio recordings of conversations with Babar, which went viral on social media.

Some private and intimate videos said to be of Babar were widely shared, with some even claiming that Babar has been ‘sexting’ with the girlfriend of another Pakistani cricketer.

Although some fans think the rumours are true, there is no official or confirmed information on the subject.

Babar has received support from the majority of cricket fans, with Pakistani supporters trending hashtags like #StayStrongBabarAzam and #BehindYouSkipper.

Babar wrote: “Doesn’t take too much to be happy”, with a picture of himself.

Babar-led side Pakistan had to suffer a 3-0 clean sweep by England in a home Test series, as they struggled on the field. In the two-match Test series against New Zealand, they played to a scoreless draw. They suffered another blow as Babar and company lost the three-match home ODI series again New Zealand too.

Pakistan did not triumph in a single home Test match during the current World Test Championship (WTC) cycle while Babar served as captain. Despite guiding Pakistan to the 2022 T20 World Cup final, Babar Azam’s future as captain has been the subject of ongoing rumours.–(ANI)