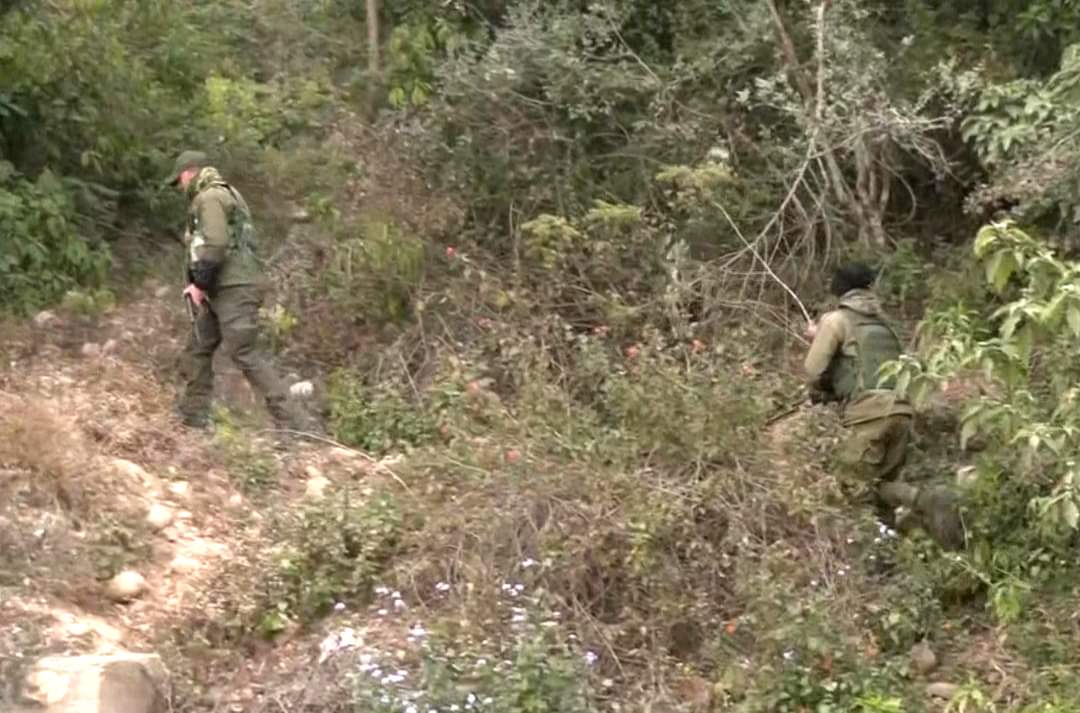 Jammu, Dec 29: A day after four militants were killed in an encounter here, police on Thursday launched search operations in several areas, including at the general bus stand and railway station, to trace the truck driver who fled from the spot before the gunfight started.

The encounter broke out between the militants and security forces after a truck loaded with husk was intercepted near near Tawi Bridge along the Jammu-Srinagar national highway on Wednesday morning, while the vehicle was on its way to Kashmir.

The truck driver fled the scene taking advantage of dense fog before the gunfight started, a police official said, adding search operations and checking of vehicles were intensified to trace him.

Special Operations Group of the Jammu and Kashmir Police cordoned Bajalta forest, about seven km from the scene of the gunfight, and carried out a thorough search operation, the official said, adding the operation is still underway and further details are awaited.

Security forces were also seen checking the identity cards of commuters at bus stands and Jammu railway station. Besides this, several checkpoints have also come up at various places in the city and along the highway including Indira Chowk.

Immediately after the encounter, Additional Director General of Police, Jammu Zone, Mukesh Singh said the search is being done at bus stands, railway stations and marketplaces, while all checkpoints have also been alerted to arrest the fleeing truck driver.

“The number plate of the truck is fake. The engine and chassis number has also been tampered and the help of forensic teams will be sought in this regard,” he had said.

A huge cache of arms and ammunition including seven AK-47 rifles, one M4 rifle, three pistols, 14 grenades and around 50,000 were recovered from the possession of the slain militants whose identity and group affiliation are awaited.

The officials said sniffer dogs were also pressed into service and efforts are on to nab the driver and also to identify the owner of the truck.–(PTI)