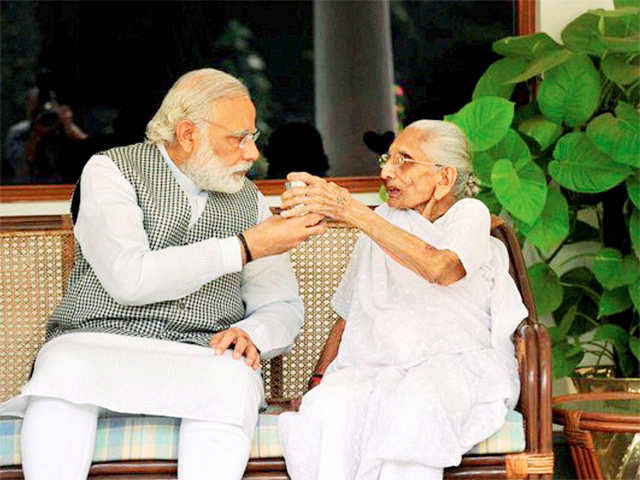 Ahmedabad, Dec 30: Minister Narendra Modi’s mother Hiraben passed away at a hospital in Ahmedabad on Friday. She was 99.

A bulletin from the UN Mehta Institute of Cardiology and Research Centre, where she was admitted on Wednesday after her health deteriorated, informed the news of her demise.

PM Modi said ”a great journey of 100 years” has ended with his mother’s demise.

”A great journey of 100 years has come to an end. I have witnessed three qualities in mother, a journey like that of a tapasvi (saint), a selfless worker and life dedicated to values,” Modi tweeted.

”When I met her on her 100th birthday she told one thing which I always remember. ”Kam karo buddhi thi, jivan jivo suddhi thi” (work using your brain and live life with purity,” he tweeted.

Upon learning about his mother’s health condition, PM Modi had reached Ahmedabad from Delhi on Wednesday and visited the hospital to inquire about Hiraben’s health.

After spending over an hour at the hospital on Wednesday, the PM had left for Delhi after doctors informed him that her health was stable. He had also spoken to doctors at the hospital, a government-funded autonomous medical facility.

Hiraben, also called Hiraba, lived at Raysan village near Gandhinagar city with PM Modi’s younger brother Pankaj Modi. The prime minister regularly visited Raysan and spent time with his mother during most of his Gujarat visits.–(PTI)