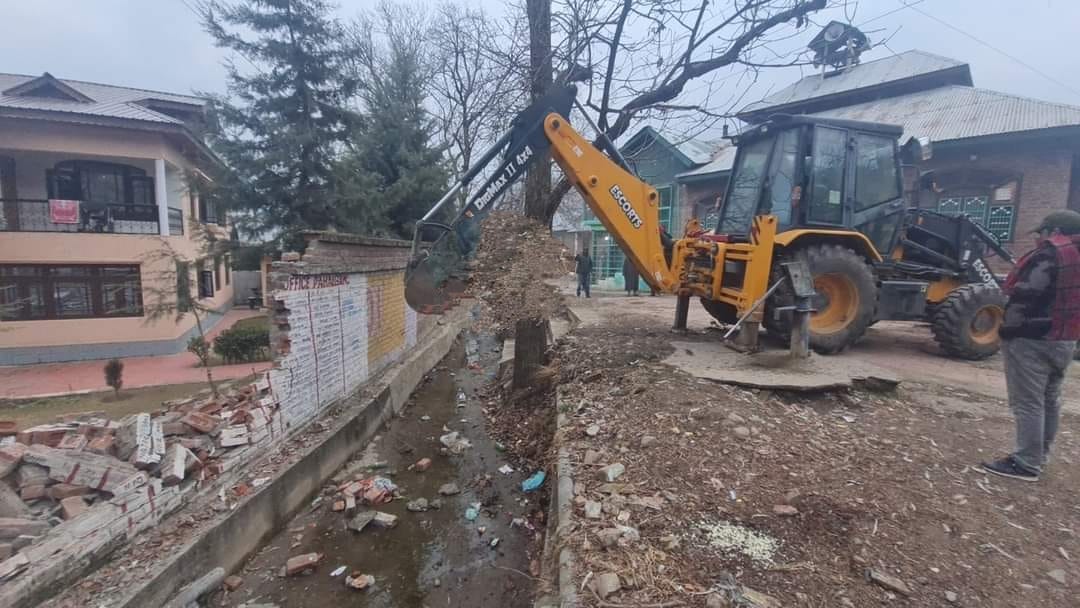 Anantnag, Dec 31 (KNO): An extension wall of the house of a Hizb-ul-Mujaddeen militant allegedly built on encroached government land in Pahalgam area of south Kashmir’s Anantnag district was demolished by authorities on Saturday, officials said here.

An official told the news agency—Kashmir News Observer (KNO) that the wall was demolished of the house of Ghulam Nabi Khan alias Amir Khan in Liver Pahalgam.

He said Aamir is the operational commander of Hizb who crossed over to Pakistan Administrated Kashmir (PaK) in the early 90’s and is operating from there.