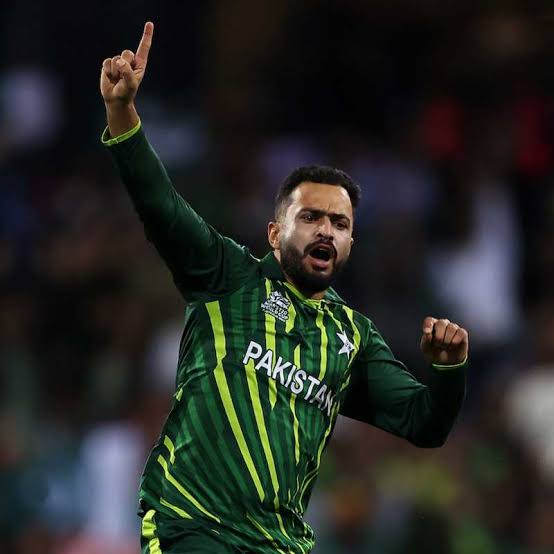 Devon Conway (101) registered his second ODI hundred and was involved in a 181-run second wicket stand with Kane Williamson (85) before Pakistan hit back with quick wickets in the second ODI in Karachi. Having gone wicketless for 29 runs off his first six overs, Mohammad Nawaz finished with 4 for 38 from his quota of 10 as he helped Pakistan mount a strong comeback to restrict New Zealand, who were going strong at 183/1 at one stage but lost their way as they could add only 78 more to finish with 261.

Fresh off a five-wicket haul in the first ODI, Naseem Shah bagged the wicket of Finn Allen in the opening over, getting him to drive uppishly to cover where Nawaz held on to a sharp catch. Williamson and Conway then kept the boundaries coming, driving, punching, pulling and flicking with confidence on a wicket that appeared to ease after some early movement for the bowlers. They raised a half-century stand in 41 deliveries, scoring 10 fours between them in the first eight overs.

Williamson had a lucky break in the 10th over as Nawaz failed to hold on to a tough chance off his own bowling. Conway survived a review from Pakistan for a lbw appeal off Usama Mir, with replays revealing the ball being close to bat and pad at the same time. Spinners Nawaz and Usama Mir bowled in tandem and cut off the boundaries for a few overs but Williamson and Conway ensured good strike rotation as they extended the partnership past 100 in the 19th over and brought up their individual fifties in the process.

Williamson had multiple reprieves as he was put down by Haris Sohail at midwicket and Mohammad Rizwan, who failed to take a catch down the leg side, in the 22nd over bowled by Mohammad Wasim Jr. Conway, meanwhile, started dealing in fours and even struck his first six when he lofted a Wasim delivery over point one-handed. He entered the 90s with three reverse-swept fours off Mir in the 29th over and brought up an 89-ball hundred with a couple in the same over.

However, Naseem’s reintroduction resulted in Conway being bowled, ending the second wicket stand worth 181. Nawaz picked up the wickets of Daryl Mitchell and Tom Latham in the same over, with Pakistan using the DRS both times. The left-armer bagged the wicket of Williamson, having him bowled with a delivery that spun away sharply, and then had Glenn Phillips caught in the deep off a pull.

Mir also picked up a wicket as he trapped Michael Bracewell in front, while Ish Sodhi, coming into the eleven in place of Henry Shipley, was dismissed by Haris Rauf for a 22-ball 7. Naseem pocketed his third with the wicket of Tim Southee but ended up being struck for a six by Mitchell Santner, who scored a handy 36 before becoming the last to depart.