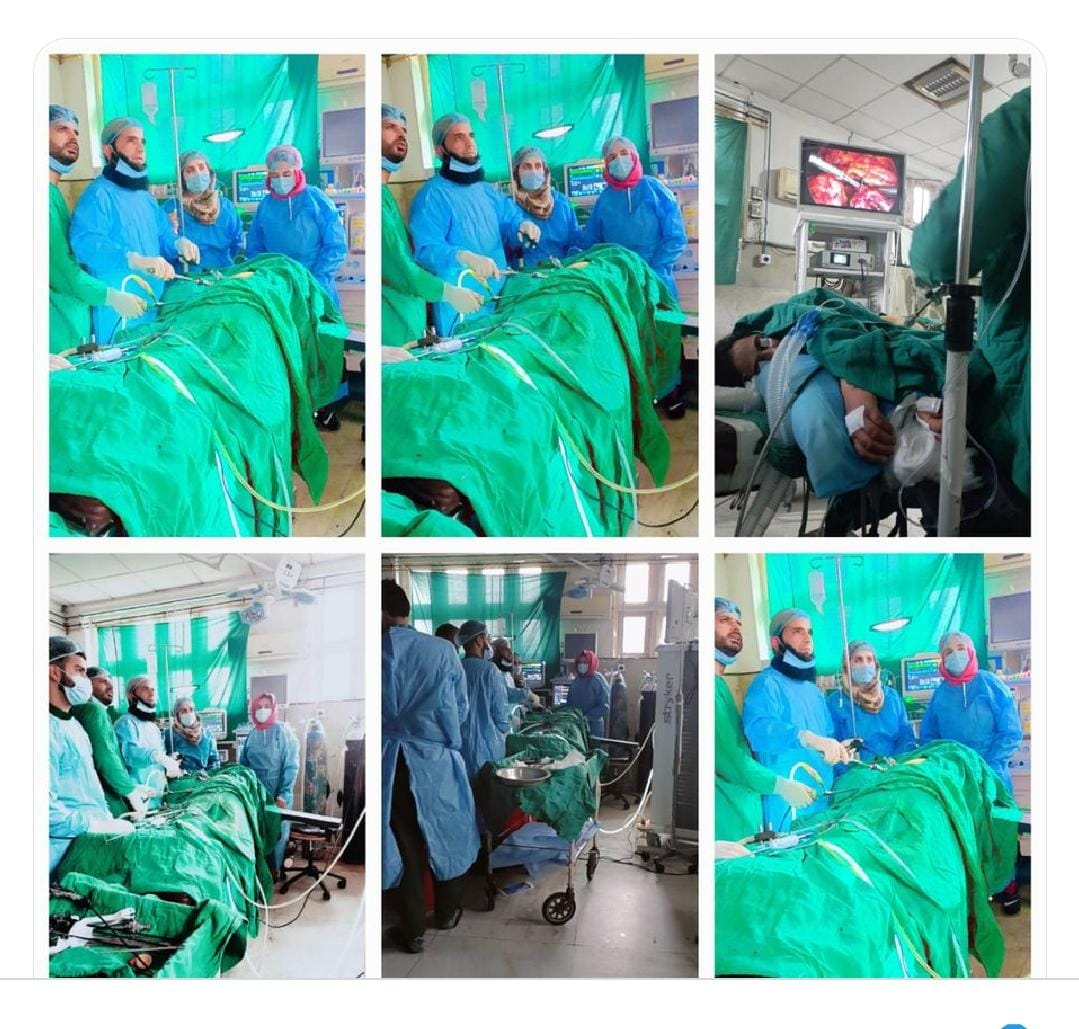 Kulgam, Jan 11 (KNO): In a first, District Hospital Kulgam has achieved a milestone by successfully performing a laparoscopic pyeloplasty on a middle-aged female patient.

An official from the hospital told the news agency—Kashmir News Observer (KNO) that a middle-aged female on evaluation was diagnosed with left PUJ obstruction which results in slow transit of urine from the renal pelvis to the ureter with back pressure changes in the kidney.

The patient was planned for laparoscopic left pyeloplasty which was performed successfully, he said, adding that the patient is in good health and has been discharged.

Meanwhile, Dr Afsana congratulated the team of doctors for the successful surgery.

“I congratulate the team of doctors for the successful surgery which was conducted in the District Hospital Kulgam for the first time,” she said—(KNO)