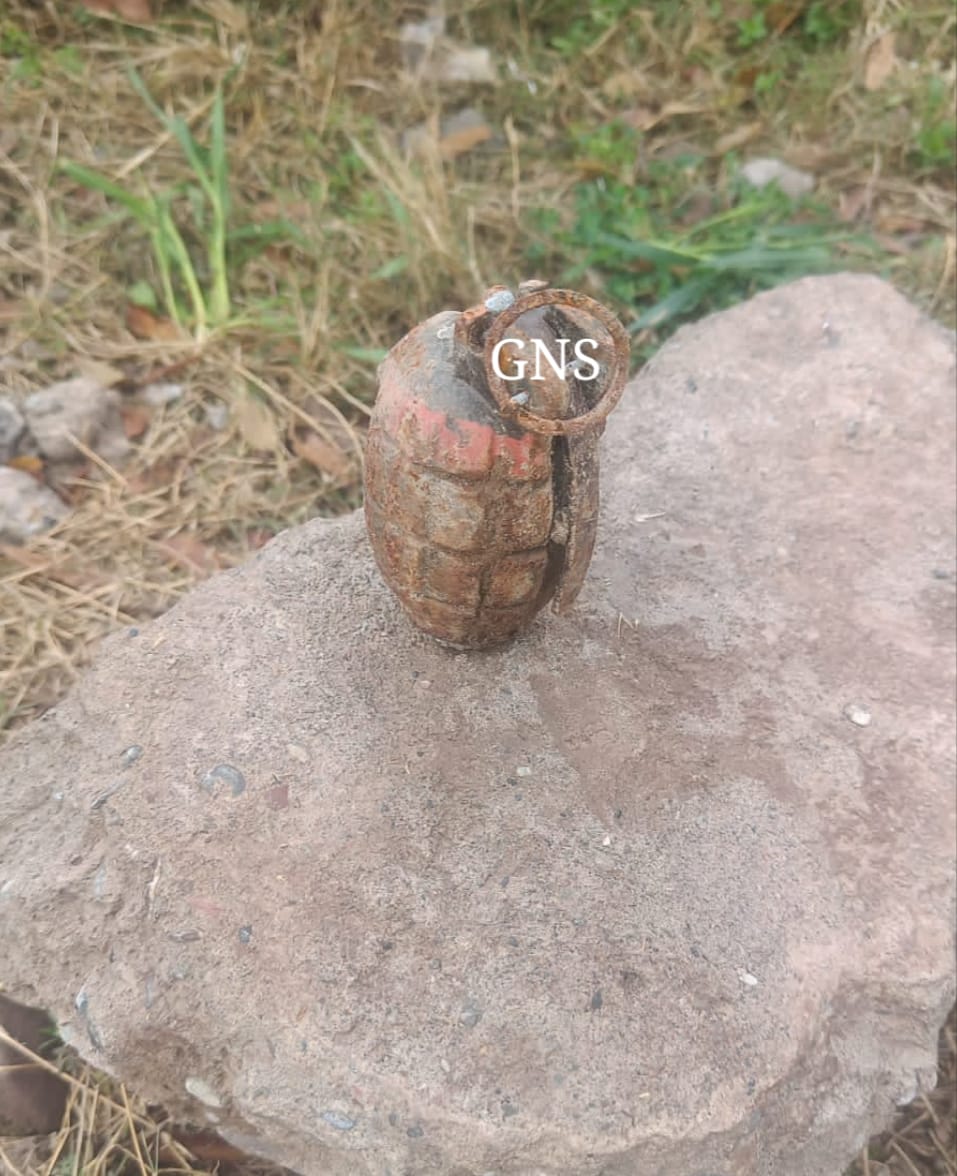 Officials sources told GNS that the explosive was found near MT ground DPL this afternoon.

“Soon after a joint team of police and army reached to the spot and destroyed it (grenade) later on”, they said.

Meanwhile a case has been registered in this regard and further investigations taken up. (GNS)