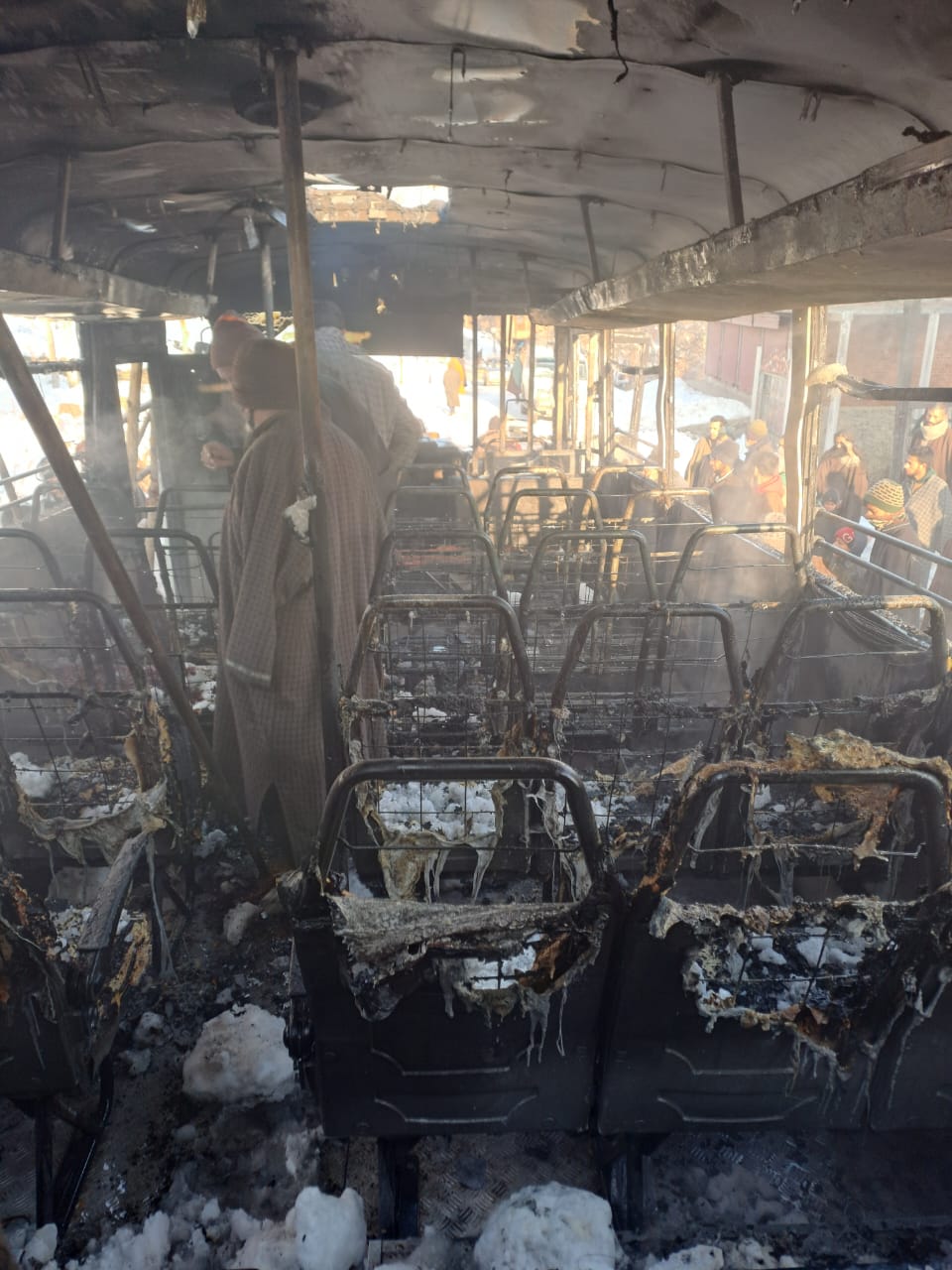 The incident occurred near Shunglipora bus station of the district at 7 in the morning.

Divulging information about the incident, the driver of the bus (JK01Y-0848), Muhammad Younis told the news agency Kashmir News Trust that they had parked the bus at Shunglipora bus station and on Monday morning they arrived there when started the bus and kept it on starting mode for a couple of minutes, there was a short circuit and within a jiffy, the bus was in flames.

He said the bus caught fire and was damaged quickly as it is made up of fiber.

“Locals helped to douse the fire. The fire tender from Magam reached when the fire was over,” he added.

Police have taken cognizance of the incident and registered a case under relevant sections of law. [KNT]