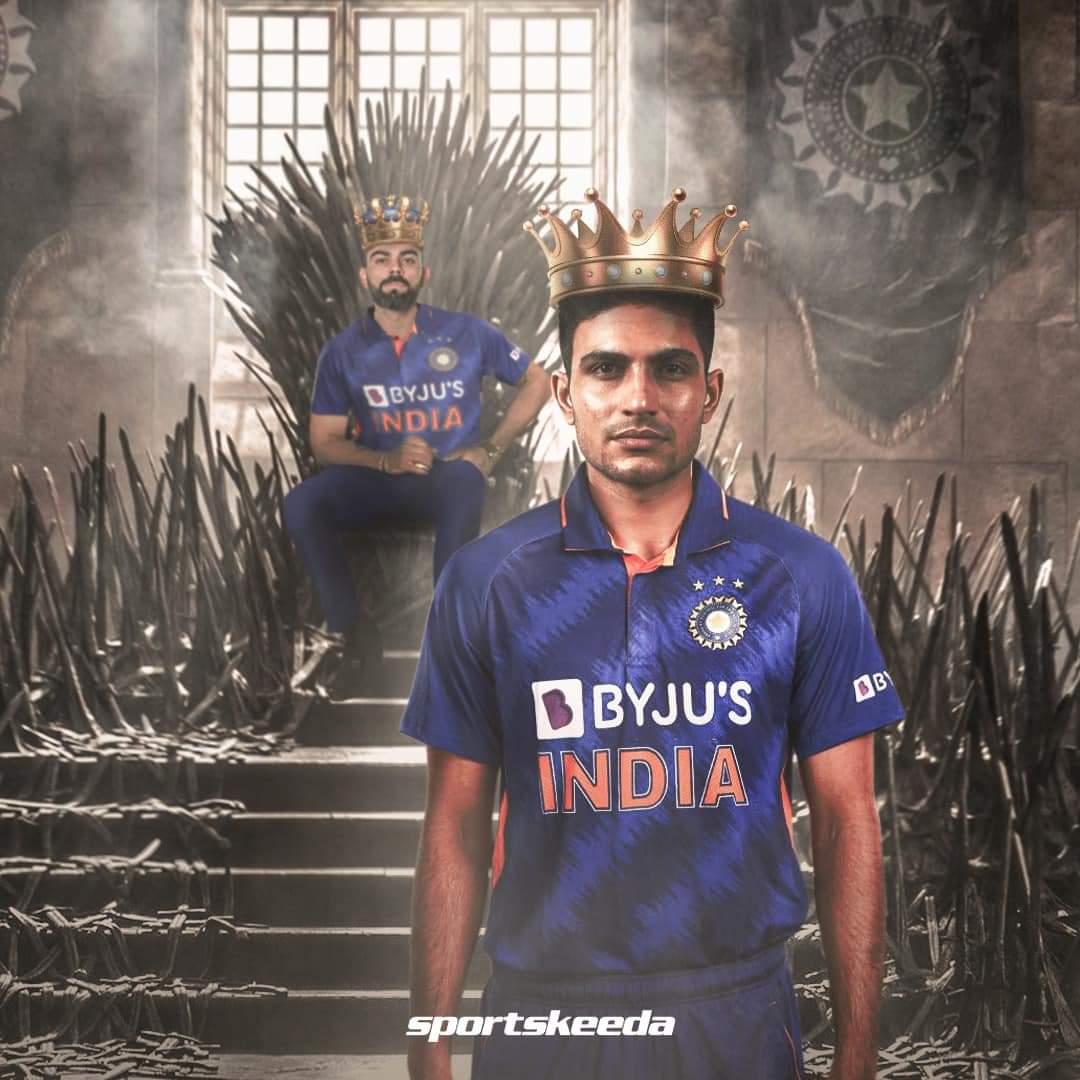 Shubman Gill became the youngest cricketer to notch up an ODI double as his career-best 208 powered India’s daunting total of 349/8 in the series opener against New Zealand in Hyderabad on Wednesday (January 18). New Zealand found ways to induce mistakes and break every meaningful fifty-plus partnership India posted but the unstoppable Gill shattered many records in his single-handed effort to give India an above-par score.

Incidentally, if it wasn’t for Shreyas Iyer’s injury at the eleventh hour, Gill had lost his place in the XI to Ishan Kishan – not due to form but to accommodate a ‘keeper in the absence of KL Rahul for this series. When a middle-order slot opened up on the eve of the match, Gill managed to hold on to the opener’s slot and repaid the team management’s faith with his record-shattering double. Gill nearly carried his bat through, converting his watchful start into a massive contribution, the highlight of which was the perfectly timed acceleration when he was just about starting to run out of partners. On a wicket where the ball was stopping a bit and the next best score was only 34, Gill made batting look easy with his authoritative pulls and sublime drives.

The India captain had opted to bat first, with the return of vice-captain Hardik Pandya and Shardul Thakur being the other changes to their XI from the last game. Gill and Rohit Sharma made a positive start, cashing in early on Henry Shipley’s struggles with his lengths. The pacer was expensive upfront and Rohit took an early liking to him to pick up two sixes and a couple of boundaries inside the first five overs.

New Zealand pulled things back remarkably after India’s quick start, by striking at regular intervals to send back Rohit, Virat Kohli and then Kishan. But it was a Gill show once the opener had reached his run-a-ball fifty with a six.

After a 38-ball 34 to lead the way in India’s steady start, Rohit threw it away when he was tad early on his lofted shot and skied it straight to mid-on. Kohli was in and out in a jiffy, going back to defend a length ball from Mitchell Santner that turned only a touch to beat his outside edge and crash into the off-stump. Another four overs later, in-form Kishan nicked one from Lockie Ferguson behind as India slipped to 110/3.

Undeterred, Suryakumar Yadav opened his account with a boundary in the same over, and collected four of them in his first 10 deliveries he faced in the middle before eventually resorting to some sharp running between the wickets. The pair were extremely good at that, raising a half-century stand off just 38 balls. Gill picked up pace at the other end, and kept the odd boundary trickling in. Suryakumar survived a stumping scare off Santner when he was on 31 off 24 but in the following over chipped one tamely to him at cover as Daryl Mitchell put an end to the brisk 65-run partnership.

An important wicket against the run of play failed to slow down Gill, who pulled Santner over midwicket to move to 99 before reaching his second successive ton in just 87 deliveries with a single next ball. This was Gill’s third ODI hundred in 19 innings, making him the second quickest Indian after Shikhar Dhawan (17) to get there. He also beat Dhawan and Kohli’s shared record (24 innings) to become the quickest Indian to 1000 ODI runs when he reached 109.

Gill got a reprieve on 122 when Shipley failed to latch on to a return catch from the opener, and followed it up with a powerful off-drive off an overpitched delivery to add insult to New Zealand’s injury. He marked his new career-best score upon reaching 131 but a freakish decision from the third umpire put an end to his 74-run partnership with Pandya.

Half unsure, New Zealand appealed for a bowled against the Indian vice-captain who was cramped for room and missed his cut shot off Mitchell. The bails lit up and the umpires sent the decision upstairs. But controversially, despite no edge and no clear evidence of the ball disturbing the stumps, the TV umpire ruled it in New Zealand’s favour much to the displeasure of the local crowd. Pandya walked back after chipping in 28 off 38.

Like his fifty, Gill brought up the 150 with a six too – smoked well over wide long-on fence. But from there on, New Zealand managed to drag back India’s run-rate briefly. Amidst the four consecutive boundary-less overs was Shipley picking up his maiden ODI scalp when he trapped Washington Sundar LBW on 12 – a decision that the Indian burnt a review on – and Shardul Thakur sacrificing his wicket for on-song Gill after a terrible mix-up in the middle.

The opener repaid that little show of faith and stepped on the gas to bring up his maiden ODI double-century. Gill broke the shackles with two sixes off Tickner in the 48th over – first flat-batted straight into the sightscreen and second sent sailing deep into deep midwicket stands. He took merely 23 balls to go from 150 to 200, reaching the milestone with the last of the three consecutive sixes in the penultimate over from Ferguson. Gill eventually holed out to the deep after playing a blinder of a knock to help India gain the upper hand.