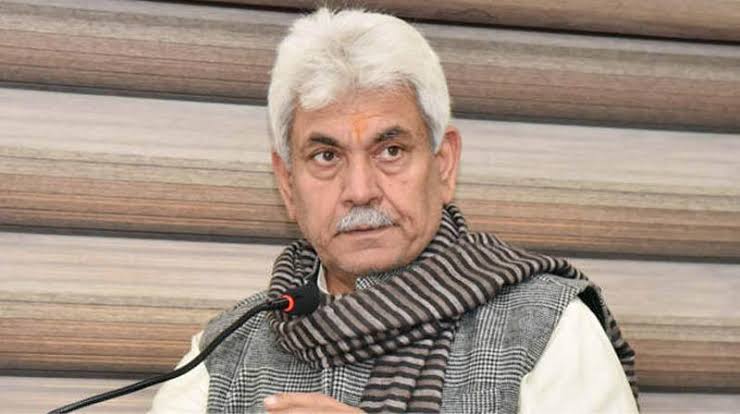 Srinagar, Jan 20 (KNO): Jammu and Kashmir’s Lieutenant Governor Manoj Sinha Friday said that all the security arrangements are in place for the Bharat Jodo Yatra and the administration will facilitate it smoothly. He reiterated that those who misused powers to grab state land will face action and that the poor and common masses need not afraid of the ongoing drive.

Talking to reporters at Zewan, Srinagar after inaugurating 930 Transit Accommodations for Migrant Kashmiri Pandits working under Prime Minister’s Reconstruction Plan (PMRP), LG Sinha as per news agency—Kashmir News Observer (KNO) said that there was a time when land wasn’t available for the migrant KPs for construction of flats. “Today, we have inaugurated a 930 flat-type transit accommodation for the migrant KPs. Majority of migrant KP employees working under PMRP are from Srinagar,” he said. “Similar projects are going on in other parts of Kashmir as well. Security concerns and the measures for protection of KPs have been taken care of well.”

He said as far as the promotions, the non-gazetted migrant KP posts have been referred to Public Service Commission (PSC) for making them gazetted cadre.

To a query about security arrangements for the BJY that entered Jammu yesterday, the LG said that all security measures are in place and the administration will facilitate it smoothly. “Whatever security measures were needed have been taken,” he said.

The LG reiterated that the ongoing drive to vacate State land from the encroachers is against the bi sharks who misused the power and grabbed huge land. “I want to assure the poor and common man that they won’t be touched and that they shouldn’t be afraid,” the LG said.

Meanwhile, talking to reporters Secretary Department of Disaster Management Relief and Rehabilitation (DDMRR) Nazim Khan said 930 transit accommodations with lift and generator facilities have been set up at Zewan. “Similar projects are going on at nine other locations across Kashmir for migrant KPs,” he said—(KNO)