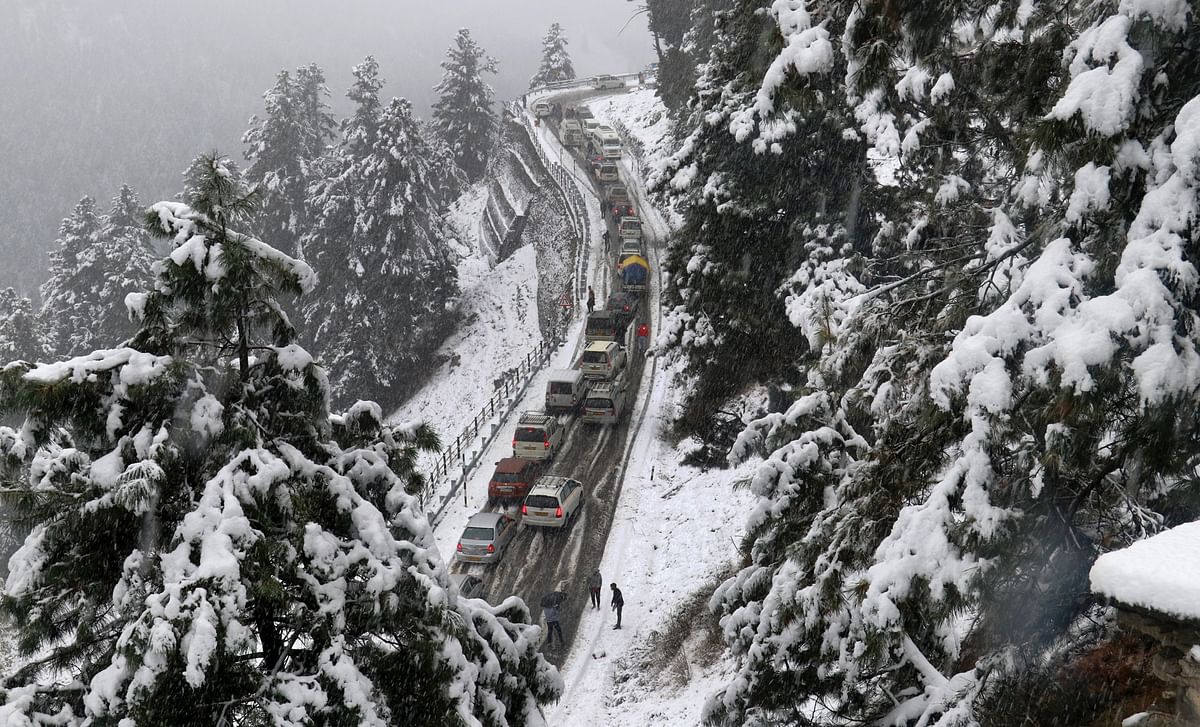 Mercury Rises At Most Places, Gulmarg Coldest In J&K At Minus 7.6°C

Srinagar, Jan 20 (GNS): Kashmir Valley and parts of Jammu received snowfall even as the minimum temperature recorded an increase on Friday, officials said. The weather department has also forecast rain and snowfall in J&K during the next few days.

Pahalgam, he said, recorded a low of minus 2.9°C against minus 4.3°C on the previous night and it was 4.3°C above normal for the famous tourist resort in south Kashmir’s Anantnag district.

Kokernag recorded a low of minus 1.4°C against minus 4.3°C on the previous night and it was 2.5°C above normal for the place, the officials said.

Gulmarg recorded a low of minus 7.6°C, same as on the previous night and it was 0.1°C above normal for the world famous skiing resort in north Kashmir’s Baramulla district, he said.

In Kupwara town, he said, the mercury settled at minus 1.5°C against minus 2.4°C on the previous night and it was 1.6°C above normal in the north Kashmir area.

Ladakh’s Leh and Kargil recorded a low of minus 14.2°C and minus 13.8°C respectively, the official said.

The MeT department here has predicted wet weather to continue and said that widespread moderate to heavy snow over middle and higher reaches was expected from January 23-25.

Till January 22, he said, generally cloudy weather with chances of light to moderate snow and rain is expected over scattered to fairly widespread places.

“From January 23-25, there is possibility of widespread moderate snow (rain in Jammu) in plains and heavy snow over middle and higher reaches (60% chance),” he said, adding, “on January 26, there are chances of rain in Jammu region and Cloudy in Kashmir( 60% chance).”

The MeT official also urged people living in snowbound areas to remain alert and cautious while venturing in the places which are vulnerable to snow avalanches.

Kashmir is under the grip of Chillai-Kalan, the 40-day long harsh winter period that started on December 21. It does not mean an end to the winter either. It is followed by a 20-day-long period called ‘Chillai-Khurd’ that occurs between January 30 and February 19 and a 10-day-long period ‘Chillai-Bachha’ (baby cold) which is from February 20 to March 1. (Gl