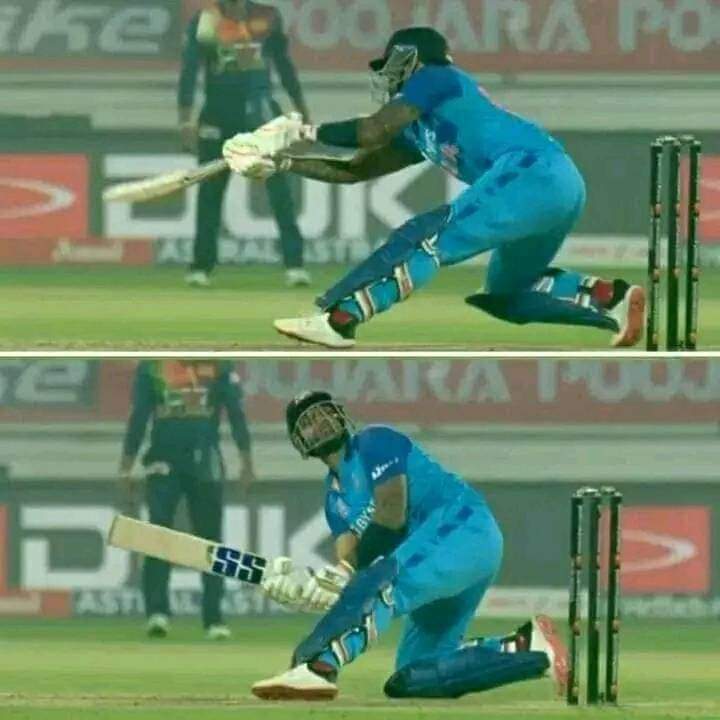 Suryakumar Yadav’s third T20I hundred set up India’s 91-run win in the third and final T20I in Rajkot, ushering them to a 2-1 series win against Sri Lanka. Opting to bat first, India racked up 228/5 on the board, mainly thanks to Suryakumar’s 45-ball ton that later saw Sri Lanka wilt under the pressure of runs. The visitors were rolled over for 137 inside 17 overs in their failed bid for a maiden series win in India.

Tell me about Suryakumar’s innings

“The pitch is nice, the outfield is doing its job,” he remarked in a sideline interview during the innings break. But his 9 sixes, the most he’s hit in a T20I innings, would suggest that he didn’t need the outfield very often tonight. And the 7 fours he had going with them were largely down to his timing. All in all, it was a typical innings from perhaps the best batter going around in this format. There were paddles and scoops and pull shots even as other batters seemed to struggle when the ball was banged halfway down the pitch. But barely anything came off the edge from Suryakumar, who now has the second fastest T20I hundred by an Indian batter.

Who played around Suryakumar?

India lost Ishan Kishan early, edging behind a beautiful away-swinging bouncing delivery from Dilshan Madushanka, but Rahul Tripathi’s cameo of 35 off 16 at No.3 ensured that the hosts finished the PowerPlay at a decent 53/2. Suryakumar then walked out, played one legal delivery with the fielders in and then did what he does best during his innings of 112* off 51. He was understandably the aggressor in a 111-run stand with Shubman Gill, who with 46 off 36 was once again reduced to playing the anchor tonight. Axar Patel, coming fresh off his first T20I half-century, smacked 21* off 9 as India put on a powerful total in the decider.

What about India’s bowling?

The hosts showed their better understanding of the conditions, with the pacers bowling a greater percentage of surprise short balls and the spinners bowling a bit back to entice shots and take advantage of the long boundaries in Rajkot. It reflected in how Axar came to bowl inside the PowerPlay and struck straightaway, accounting for Kusal Mendis at short third man. Or how Yuzvendra Chahal was able to bowl it slow and presented a totally different challenge to the Sri Lankan batters. No wonder he picked his 90th wicket in T20Is, becoming the joint-highest wicket-taker for India in the format.

So Suryakumar clicked, bowlers clicked and what else?

Fielding. What also contributed to India’s big win was their catching under lights; Shivam Mavi especially was brilliant in the deep, plucking important catches of Pathum Nissanka and Charith Asalanka at important junctures. Early on, Umran Malik was his usual calm self when he picked two catches at short third man to deliver the first two breakthroughs.

Were Sri Lanka ever in the chase?

Not quite. The 44-run opening stand though quick never sped past the required run-rate and once Axar provided the breakthrough in the fifth over, it was all downhill from then on. In isolation, 91/2 at the halfway mark sounds good but a target of 230 demanded that they go even harder. And that meant wickets for India. Sri Lanka, outside of the opening stand, failed to forge partnerships with the bat and left Dasun Shanaka with too much to do in the end. Once he departed in the 17th over, so did Sri Lanka’s hopes.