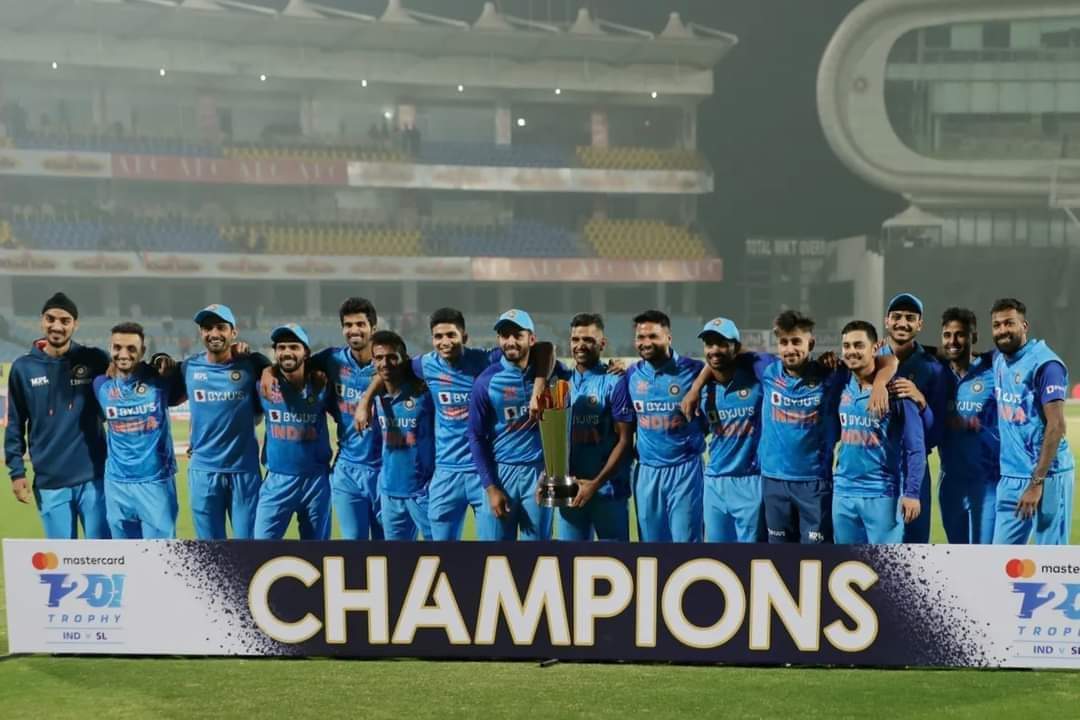 India swallow yet another bilateral series at home

When did they last lose a decider at home? A long time away. Arshdeep Singh picks two in the 17th over, including the all-important wicket of Dasun Shanaka and wraps up a 91-run win for India. Sri Lanka, quite clearly, wilted under the pressure of runs and were bowled out for only 137 in response to India’s 229/5. A finale that doesn’t quite do justice to how closely fought the remainder of the series was but it is what it is.

The maiden series win in India is slipping away, if it hadn’t already at the change of innings. They were 91/4 at the halfway mark but the required rate is such that Sri Lanka had to keep going even harder. And that’s meant wickets for India on the night. All the bowlers including Pandya and Malik have chipped in with wickets and it looks like a matter of time for India from here.

Axar can do no wrong. Comes on to bowl in the powerplay, extracts some extra bounce and has Mendis miscuing the slog to short third man. Arshdeep follows up with another edge flying to Umran Malik’s throat at short third and Sri Lanka are in a bit of a trouble at 44/2.

“The pitch is nice, the outfield is doing its job,” says Suryakumar Yadav after becoming the first player outside opening batters to hit three T20I hundreds. India end up with 228, a powerful total in a decider, and 64 of those came in the last five overs. Axar and Tripathi played their cameos while Gill played the steady rock once again at the top but it’s Suryakumar’s genius that has allowed India to get to such a huge total. Sri Lanka’s spinners were taken to the cleaners and Kasun Rajitha was the only bowler to go at less than 9 rpo.

A 45-ball hundred for the master, also his third T20I hundred. THIRD. Yes, you read that right. And second fastest by an Indian. We are out of adjectives to describe what he’s been doing on the international stage. 6 fours and 8 sixes today — the most sixes he’s ever hit in a T20I innings. And Sri Lanka yet again are out of clues as to how to get this man out. There are sweeps and scoops and pulls and drives. Where do you bowl? Don’t ask us, for we don’t know.

Hasaranga bowls Gill for 46(36) as he tries to shimmy out but is deceived by the length once again. India, though, won’t be too disappointed. Last five overs remain and it’s the perfect time for Hardik to come out.

A 26-ball fifty for Suryakumar, who brings up his 14th T20I half-century. He brings it up with a four over extra-cover, followed by a flick for a maximum. This is also Surya’s ninth fifty-plus score (including a century) in his last 15 innings. India are 131/2 after 13 overs.

Suryakumar gets going with a four and a six off Karunaratne, driving over mid-off and executing the whip-pull. He also cracks a short ball from Hasaranga past point for a four. Theekshana, meanwhile, sneaks in a quiet over but no keeping Surya quiet for too long. A four coming down the track to Karunaratne followed by a typical scoop over fine leg for a six for Suryakumar helps India past 100 in the 11th over, and also brings up the half-century stand of 29 deliveries..

35 off 16 balls. And he was looking good, having hit five fours and two sixes before he wanted to cutely steer one to third man and found the fielder. Nonetheless, this innings has meant that India finish powerplay at 53/2, which looks very good after they lost Ishan Kishan in the first over. Shubman Gill has batted steadily at the other end but more importantly he’s still there.

And it’s that of Ishan Kishan, who pokes outside off and edges behind this swinging bouncing delivery from Madushanka. Lovely ball and a good overhead catch by Dhananjaya. Rahul Tripathi walks out at No 3 again!

The surface has been described as a bit “tacky” by Kumar Sangakkara and all eyes are on Shubman Gill who’s under a bit of pressure going into this game. He has scores of 7 and 5 in this series and will want a good score against his name tonight.

Hardik Pandya looks happy to win the toss and bat first here. Dasun Shanaka wanted to do that too because “stats suggest that”. No changes for India but Sri Lanka bring in Avishka Fernando for Bhanuka Rajapaksa.