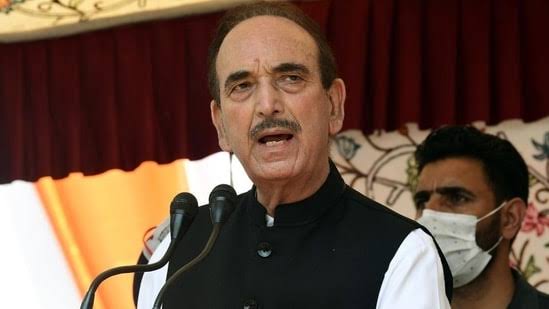 Former MLC Choudhary Nizamuddin Khatana and his political heir and son Choudhary Gulzar, who was vice- chairman of the Gujjar and Pahari Board during the PDP-BJP regime, today resigned from Azad-led party, which is yet to be registered by the Election Commission of India.

“In view of the present political development, I, Choudhary Nizamuddin Khatana, former MLC, hereby tender my resignation from the post of general secretary of DAP including the basic membership of DAP. This may be regarded as my resignation letter,” Khatana said in his resignation letter, a copy of which is in possession of news agency—Kashmir News Observer (KNO).

The exit of the father-son duo was expected after former minister Peerzada Muhammad Sayeed returned to the Congress. Choudhary Gulzar is considered one of the strong contenders for Larnoo seat which is reserved for the schedule tribes. Peerzada Muhammad Sayeed has influence in the seat as several areas of the erstwhile Kokernag assembly segment are part of the newly carved out ST seat.

Soon after Azad severed his association with the Congress and announced to launch a new political party, his loyalist and former MLA Choudhary Muhammad Akram was the first person to distance from him.

On August 26, Akram along with five other former lawmakers resigned from the Congress in support of Azad.

Jairam Ramesh, who has been taking potshots at Azad after he severed his five-decade old ties with the Congress, termed his DPAP as “Disappearing Azad Party.”

Ramesh made these comments on a tweet of youth Congress spokesman Dr. Jahanzaib Sirwal.