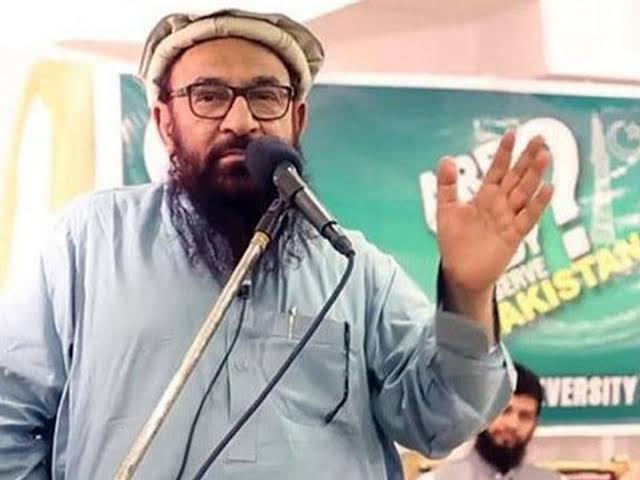 United Nations, Jan 17: In a major development, Pakistan-based deputy leader of terror outfit Lashkar-e-Taiba (LeT) Abdul Rehman Makki has been designated as a global militant by the United Nations, subjecting him to an assets freeze, travel ban and arms embargo.

The UN Security Council’s 1267 Al Qaeda Sanctions Committee added 68-year-old Makki, the brother-in-law of JUD/LeT Chief Hafiz Muhammad Saeed, to its list of designated militants on Monday after China withdrew its hold on a joint proposal by India and the US.

Makki and other LeT/JUD operatives “have been involved in raising funds, recruiting and radicalising youth to violence and planning attacks in India, particularly in Jammu and Kashmir (J&K),” the sanctions committee said, providing a statement for the reasons of Makki’s listing.

Makki, born in Bahawalpur, Punjab Province of Pakistan, is the deputy chief of LeT and head of the political affairs wing of JUD/LeT.

According to a press release issued here, Makki also served as head of LeT’s foreign relations department and member of Shura (governing body).

The UNSC 1267 Sanctions Committee said Makki, “wanted by the Indian Government”, was listed as being associated with ISIL or Al-Qaida for “participating in the financing, planning, facilitating, preparing, or perpetrating of acts or activities by, in conjunction with, under the name of, on behalf of, or in support of”, “recruiting for”, “otherwise supporting acts or activities of”, and “either owned or controlled, directly or indirectly, by, or otherwise supporting” Lashkar-e-Taiba.” Makki is a US-designated terrorist and a member of JUD’s Markazi (Central) Team and Daawati (proselytisation) team.

“Makki was arrested on May 15, 2019 by the Pakistan Government and was under house arrest in Lahore. In 2020, a Pakistani court convicted Makki of militancy financing and sentenced him to prison,” the sanctions committee said.

China, an all-weather friend of Islamabad, has repeatedly placed holds and blocks on bids by India and its allies to list Pakistan-based terrorists.

In June last year, China had put a hold, at the last moment, on a joint proposal by India and the US to list Makki, the brother-in-law of JUD/LeT Chief Hafiz Muhammad Saeed, under the 1267 Al-Qaida Sanctions Committee of the UN Security Council.

The sanctions committee said that while Makki has held his leadership positions within LeT and JUD, the LeT has been responsible for or had involvement in prominent attacks including the Red Fort Attack in which six LeT militants had stormed Red Fort on December 22, 2000 and had opened indiscriminate fire on the security forces guarding the Fort.

In the Rampur Attack, five LeT militants had attacked a Central Reserve Police Force (CRPF) camp in Rampur on January 1, 2008 in which seven CRPF personnel and a rickshaw puller were killed.

Describing the 26/11 Mumbai militant attacks as the “most audacious attack by LeT in India”, the committee said 10 LeT militants from Pakistan entered via Arabian Sea in Mumbai with pre-decided targets out of which Amir Ajmal Kasab was caught alive, rest were killed.

In the Karan Nagar, Srinagar attack of February 12-13, 2018, LeT Fidayeen (suicide squad) stormed into CRPF (23 Battalion) camp at Karan Nagar area of Srinagar in which one CRPF trooper was killed one Policeman was injured.

In the Khanpora, Baramulla attack of May 30, 2018, three civilians were shot dead by LeT militants while in the Srinagar attack of June 14, 2018, senior journalist & Editor in Chief of Rising Kashmir, Shujaat Bukhari, and his two Personal Security Officers (PSOs) were shot by LeT militants, the committee said.

In the Gurez/ Bandipora attack of August 7, 2018, four Army soldiers including a Major were killed as Army foiled a major infiltration bid by heavily armed LeT militants along the Line of Control (LoC) in Gurez Sector of Bandipora District, Jammu and Kashmir.

In November 2010, the US Department of the Treasury had designated Makki as a Specially Designated Global Terrorist. As a result of this designation, among other consequences, all property, and interests in property, of Makki that are subject to US jurisdiction are blocked, and US persons are generally prohibited from engaging in any transactions with Makki.

“In addition, it is a crime to knowingly provide, or attempt or conspire to provide, material support or resources to the FTO LeT,” the US said.

The US Department of State’s Rewards for Justice programme is offering a reward of up to USD 2 million for information on Makki, “also known as Abdulrahman Maki.

“In 2020, a Pakistani anti-militancy court convicted Makki on one count of terrorism financing and sentenced him to prison. The United States continues to seek information on Makki because the Pakistani judicial system has released convicted LeT leaders and operatives in the past,” according to information on the Rewards for Justice website.–(PTI)