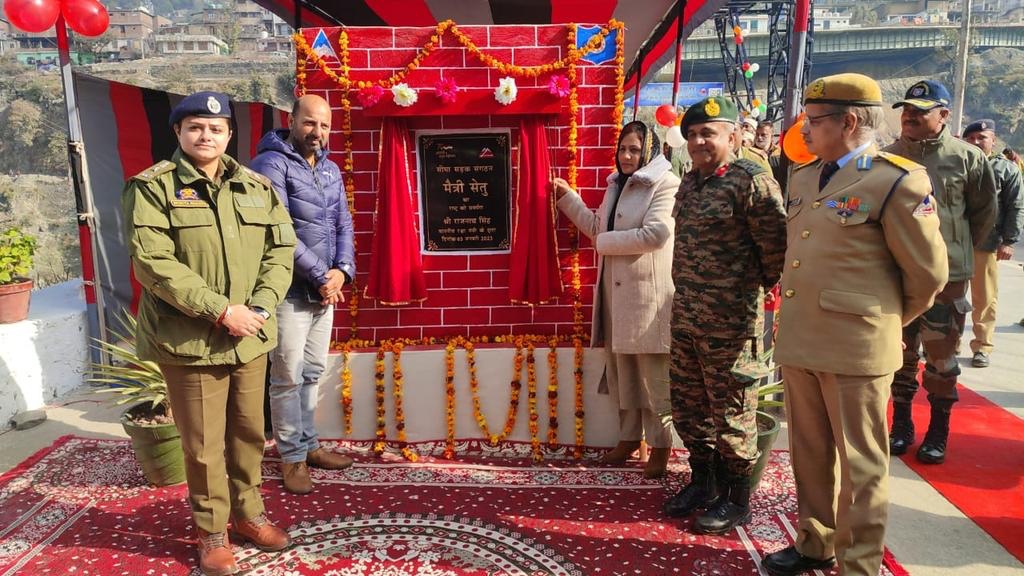 He said the old bridge constructed before 1960 was declared unsafe.

“On October 1, the launching of the new bailey suspension reinforced bridge was initiated and on October 30, the project was completed, well before its scheduled deadline of November 30,” he added.

He said the bridge with a load capacity of 40 tonne single vehicle at a time has a wooden decking.

The penal-launching work was completed ahead of the scheduled time by a Kolkata-based company GRSE, engaged by GREF.